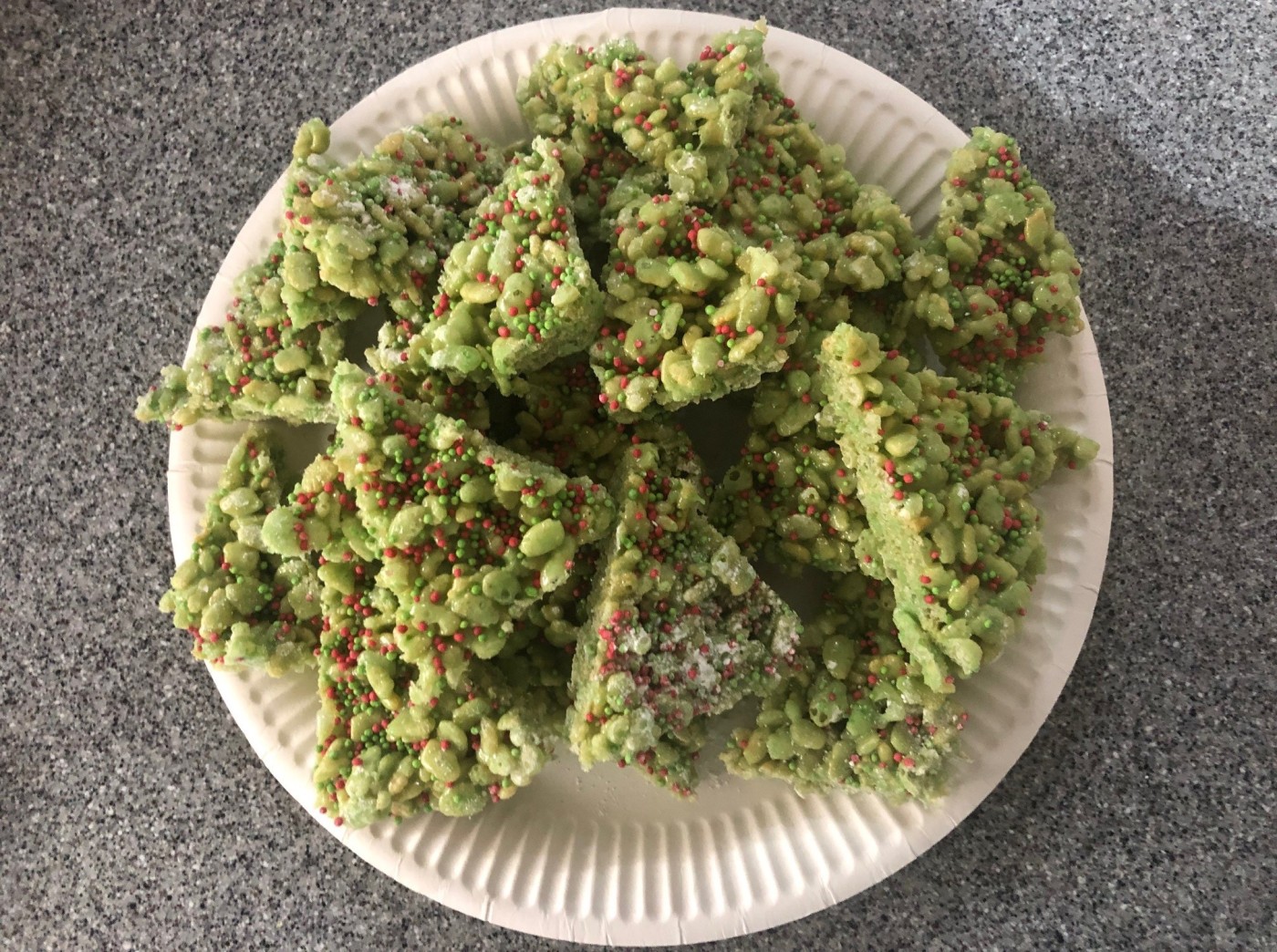 These little treats are easy and fun to make and are great for a children’s Christmas party or to make at home with your kids. They don’t involve any baking, and just one pan which children can do under supervision. The idea came from FoodFanatic.com but I adapted it a little.

Melt 100g butter in a large pan over a low heat along with 200g marshmallows, stirring until smooth.

Add a few drops of green food colouring and stir. Remove from the heat and allow to cool.

Mix in a large bowlful of Rice Krispies and stir gently until all the cereal is coated.

Line a large flat baking tray with greaseproof paper and spoon on the Rice Krispie mixture. Press down and spread so you have a thin layer about 2cm thick.

Sprinkle over some Christmas sprinkles then place in the fridge to set for an hour.

I found that while the top of the Rice Krispie treats had set, the bottom was still very sticky once I had peeled them off the greaseproof paper, so I sprinkled that side with icing sugar which made them much easier to handle.

The original recipe suggested inserting a pretzel as the tree trunk but I found the treats were still too soft and started to break up as I did so, so I decided to just leave them as they were.

My daughter was a little dubious at first as they were green but soon decided they tasted good!