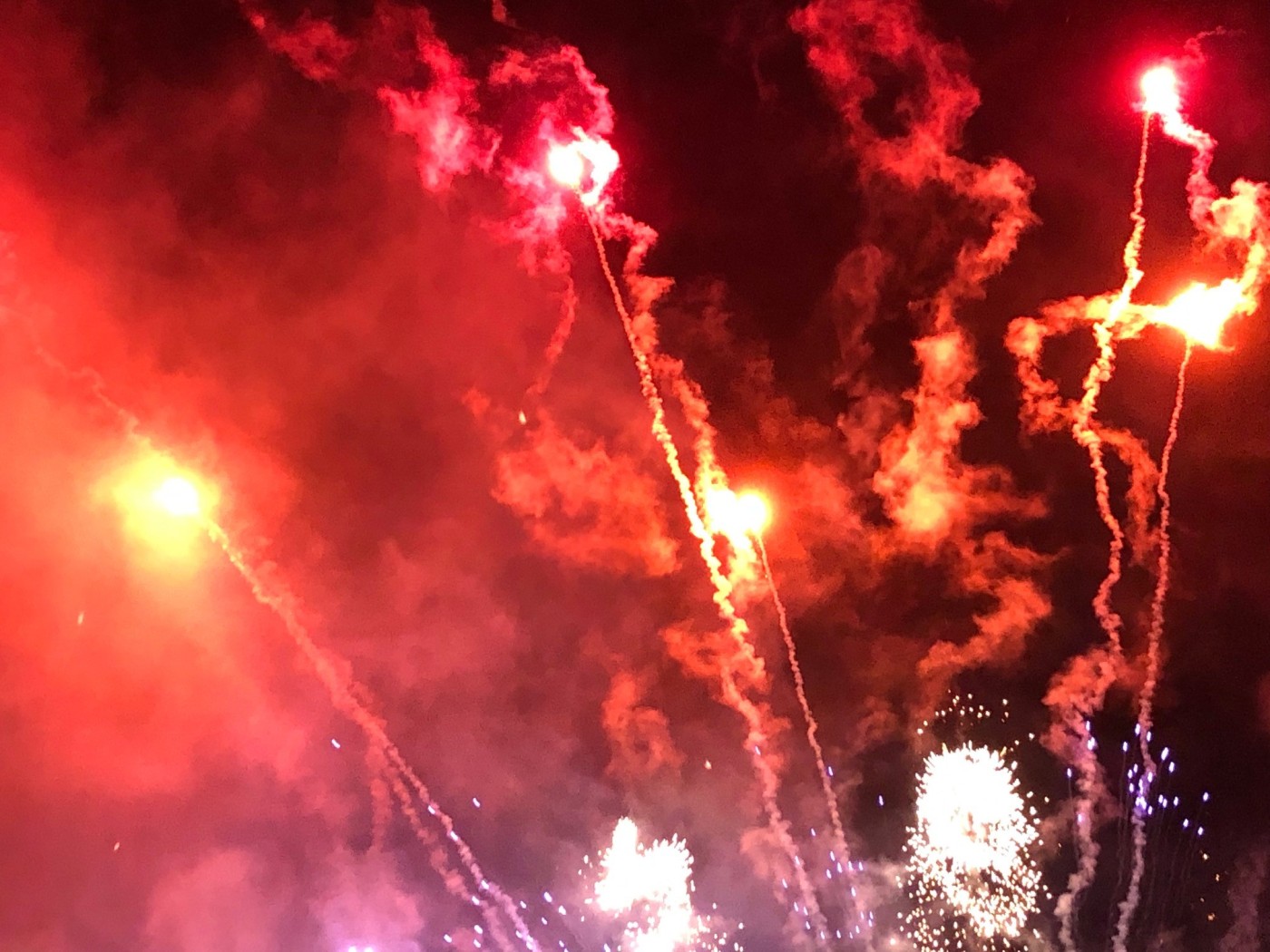 Halloween increasingly overshadows bonfire night – certainly compared to when I was a child when I don’t really recall Halloween being a particularly big deal. But with October 31 and November 5 falling in the same week, families with young children are far more likely to do a Halloween themed day out – as fireworks are on the whole too loud for smaller ears.

Godstone Farm in Surrey offers a great opportunity to combine both with a family friendly day out. Their children’s farm always has a Halloween themed week (including two weekends) and on one they run a low bangs firework event, where the idea is that you can enjoy the sights without so much of the sounds.

Last year my sister and niece (then aged 4) were visiting so we took our daughter (3 at the time) to Godstone Farm. I’ve already posted a general review of Godstone Farm – see link below.

When there are special events such as Halloween, you can enjoy all the usual things – animals, soft play, dinosaurs and more.

Last year at Halloween there were a few photo opportunities – a photo cut-out board where you put your head through a hole pretending to be a witch for example, and the bench at the entrance which is always decorated for the time of year. There was a giant spider on a greenhouse, plus lots of other spooky decorations to find from pumpkins to vampires and skeletons (but nothing that was actually scary). There was also an opportunity to do pumpkin carving but at an additional cost, and we thought the girls were too young to do it.

We bought a combined ticket to the low bangs firework event in the evening so when the farm closed we moved to the top field where there was to be entertainment and food before the fireworks began. We watched the singing and dancing on stage which was OK but not really interactive and not enough to keep our girls from getting bored. Also, we liked the idea of low bangs fireworks as not being too noisy – but to be able to see the pre-show entertainment we had to be close enough to the stage that the music was almost deafening, which somewhat defeated the purpose and left us wishing we had bought ear defenders. We bought the girls light-up wands which they loved, and were given a free raffle ticket per person.

Getting food however was much more challenging. The website had said that various things would be on offer but they were all from the same stand with a massive queue that reached down the entire length of the field- I heard some people say they had queued for an hour. We spotted a snack stand at the other end of the field that was still open; it wasn’t intended as the catering for the evening but still had a few sandwiches left from earlier in the day, but we got almost the last ones that they had. So our plan for a hotdog and burger became instead a clingfilm-wrapped homemade-looking ham sandwich while stood in a cold and dark field!

This year Godstone Farm says it has “taken learnings from our previous fireworks events at Godstone Farm, with an increased and improved food and beverage offering”, with various serving stations for a range of options, so it should be better this time. We decided not to go this year purely because we didn’t want to do exactly the same event two years in a row – but also because we weren’t that impressed overall. There was a long wait between the pre-show entertainment and the fireworks – partly because there were people in the firing zone (over behind the playground) who seemed to be refusing to come down and the event couldn’t start until the area was clear. The fireworks themselves were good, and I did think the reduced noise is really good for young children, but standing in a dark field for that long with a three-and-a-half year old is a bit hard going and she just wanted to be carried for most of it as she was tired of standing.

We also made the mistake of waiting for the raffle at the end which took an extremely long time, as they kept drawing numbers, finding people had already left and drawing more. By the time we got to the car as we were at the top end of the car park we were among the last to try to exit – only to find a massive queue of cars as the car park obviously emptied from the front first and we literally didn’t move for over half an hour.

We haven’t yet decided if we are going to see fireworks this year but I think we might leave it until Sophie is a bit older! If you are planning to watch fireworks this year, Godstone Farm’s low bangs event is definitely worth considering – take warm clothes, ear defenders (for the pre-show entertainment), and your own snacks!