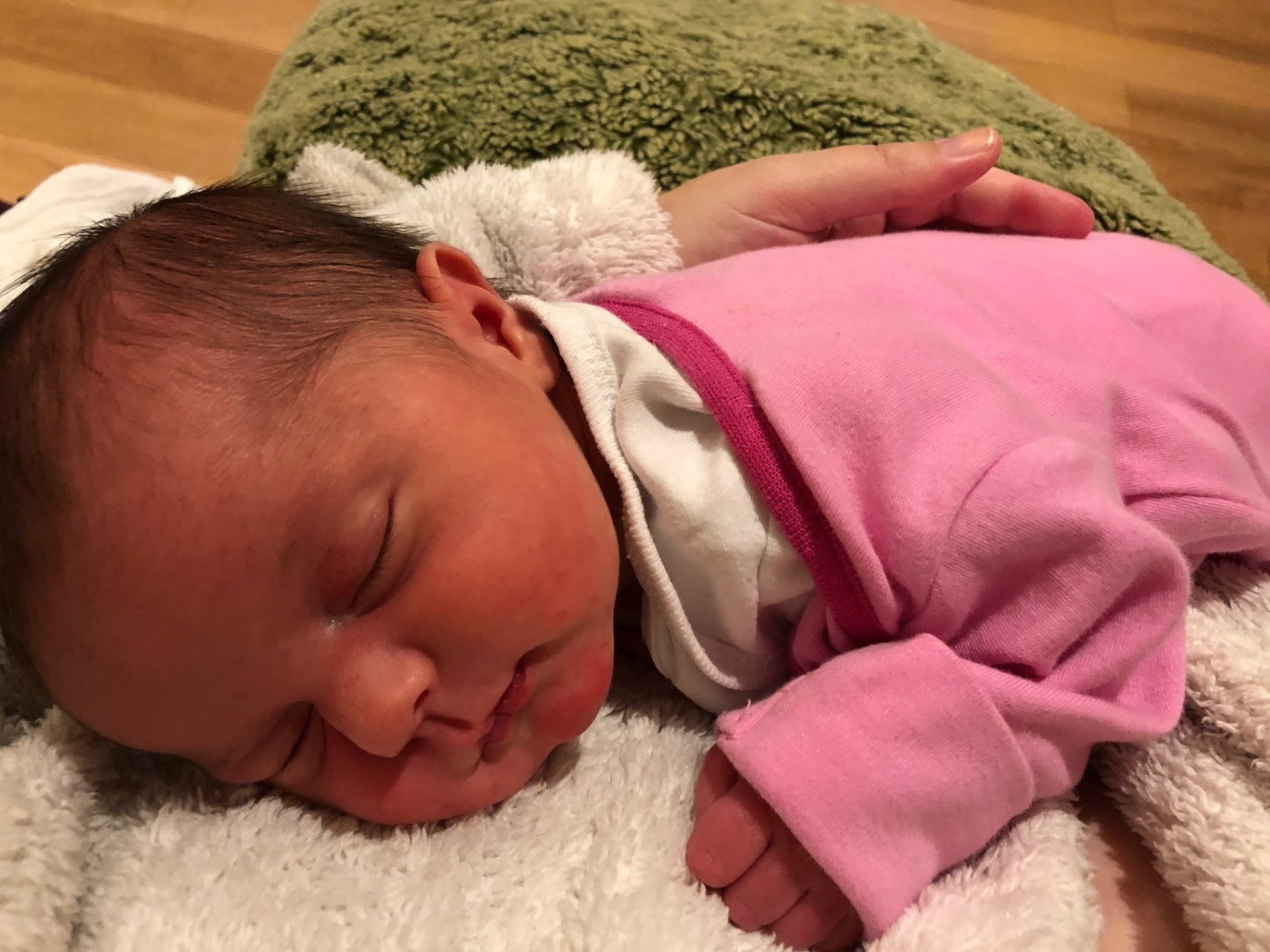 What’s in a name? Quite a lot actually.

Choosing a name – or names – for your newborn can be easy, or it can be near impossible. Just within my own frame of reference from the past year, I know someone who since she was a child wanted to have a daughter one day and had the name picked out for nearly two decades – luckily when she got pregnant it was a girl, and her partner liked the name! At the other end of the scale, I have a friend who didn’t decide on the name until almost the six week deadline post-birth to register the baby’s birth certificate, as she and her partner simply couldn’t agree on a name they both liked.

For my husband and I, it wasn’t a particularly difficult process, but I kept questioning what happens if I don’t always like the name I chose? What happens if we regret it later in life? And of course, what if she doesn’t like or grows up to not suit the name?

You may think not suiting a name is a myth, after all as little Johnnie grows up, who else is he but Johnnie? You won’t find people thinking ‘funny he’s called Johnnie, he reminds me much more of a Sebastian’. But at the same time, as my husband pointed out, names with clear meanings can be ironic – for example, Grace who has none, Charity who is mean, Patience who is always short-tempered. Even then, if it’s a name you love, does it matter if your child doesn’t live up to the traditional meaning?

I’m quite an organised, methodical person so anyone who knows me probably wouldn’t be surprised that I bought a book of baby names, and went through A-Z reading out to my husband the names I liked – and also some of the names I found hilarious. I inadvertently bought from Amazon UK a book published in the US so while it had plenty of English names, and those from other cultures, there were lots that you only hear on American TV shows that to my English ear sounded at best daft, at worst something to only saddle a child with if you wanted them to be permanently picked on in the playground.

He let me know which names he also liked, and I compiled a shortlist. We went through it one evening a couple of months before I was due, and we crossed several names of the list and left ourselves with a -well, a short shortlist – to mull over. We each then ranked the names with a score of 1-3 and added together our score – so a name he liked a bit (1) and I liked a lot (3) would have scored 4, a name we both liked a bit (2 and 2) would have scored 4, and a name we both really liked would have scored 5 or 6. I think we ended up with one 6 and two fives, so we considered all three properly, then chose the 6.

But speaking of being teased in the playground – my last name is Cowe, pronounced ‘cow’. I actually quite like the way it sounds with my first name, but this is my married name so I never had to endure playground teasing of being called a moody cow (or worse). I have a horrible feeling this could be in store for my daughter, so I will have to teach her some techniques to deal with it – but the very least I could do was give her a first name that worked with Cowe.

That ruled out a lot of girls names like Daisy, Madeleine (Mad cow…) and as one particularly bright nine year old told me, Patricia was a no-go as well. I was puzzled so she explained – Pat Cowe – cow pat!

We both liked fairly traditional but not old-fashioned names so it wasn’t that difficult for us both to settle on one we both really liked, and named our daughter Sophie Elizabeth. Funnily enough she quickly developed a nickname thanks to one of the midwives in hospital, who was cooing over her and using various pet names, at one point saying ‘Sophie-moo’. That sort of stuck, and we’ve found ourselves calling her ‘mini moo’ – which is a lot more natural than it sounds, if you have a baby of your own you will probably find yourself calling them something cute like ‘baby boo’ or ‘cutie pie’ at least a few times…. And as a baby Cowe, and the smallest, cutest one of our herd, mini moo is the perfect nickname.

So that’s why I’ve decided to christen this blog (which is new and this is my first post – waves hello) about life as a mum with my mini moo, Mini Moo Life. I hope you’ll come with me on this parenting journey where I plan to share reviews, tips, useful insights and answer some of the questions I wondered about while I was pregnant or wonder about even now. I’ll also include some recipes for everything from living with gestational diabetes (more about that in another post) and when we start weaning, which you will also be able to find on my food blog, Caroline Makes – www.carolinemakes.net

Here are my top tips for choosing your baby name: