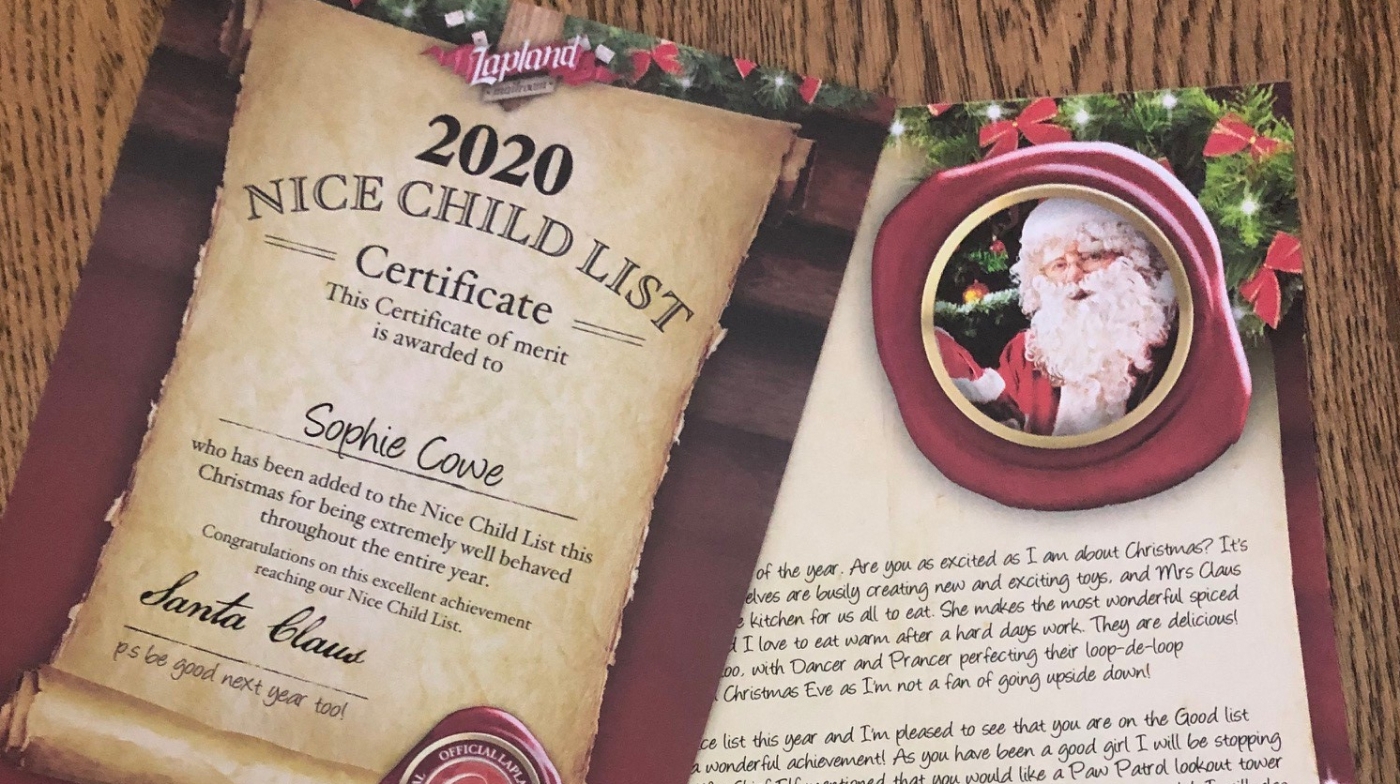 My daughter is a bit young to write a letter to Santa still this year – for the first time she understands the concept of Santa and Christmas, and that Santa will leave presents for her under the tree, which is really sweet. Last year she loved the decorations and lights but I don’t think really got the concept of Christmas and Santa at all!

Even so, we got her a letter from Santa from the Lapland Mailroom last year, and decided to do the same again this year. Last year I described the process of creating the letter, which is the same this year. It’s really simple to add personalised details that will appear seamlessly in the letter, as well as a postscript at the end where you can write whatever message you like.

I didn’t actually post about the letter that we received last year so thought I would write about it now. NB This is a sponsored post – I received the letter free of charge in return for a review. All opinions and comments are my own.

The letter is a nice looking and lengthy epistle and came with a ‘nice list’ certificate and a giant sticker saying ‘I got a letter from the Lapland mailroom’. There are a couple of different letters to choose from which could be helpful if you have more than one child and don’t want exactly the same letter – you also get to do a preview of the information you have supplied to make sure you are happy with it. You even get to choose whether the letter is from ‘Santa’ or ‘Father Christmas’, a small but important detail!

For just an extra pound you can have an activity pack with the letter which is very good value as there’s a lot in here. There’s a large Christmas card to colour in plus a booklet of activities including a ‘Santa stop here’ sign to colour, recipes for Mrs Christmas’ rocky road and reindeer food, a guide to making your own Christmas tree decoration (and a competition to enter), a wordsearch, spot the difference, join the dots and more – and at the back, a template to write a thank you letter to Santa, which is a nice idea!

The activities make a really nice thing to do in the run-up to Christmas and it all helps build the anticipation for the big day! Personalised letters from Santa via the Lapland Mailroom start at £8.95 – I’m looking forward to giving Sophie hers this year!